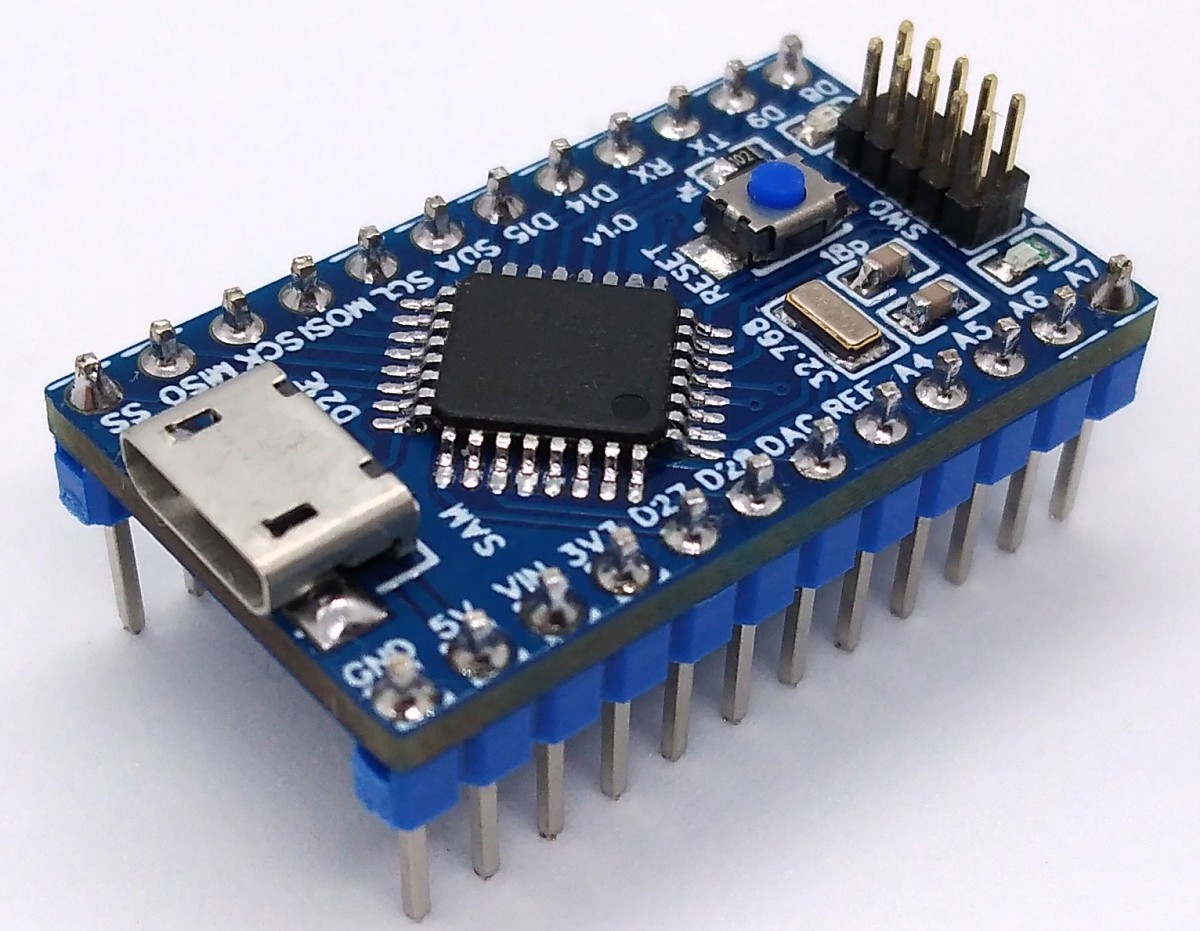 The SAM D21E is a series of low-power microcontrollers using the 32-bit ARM Cortex-M0+ processor with up to 256 KB Flash and 32 KB of SRAM. The SAM D21E devices operate at a maximum frequency of 48 MHz and reach 2.46 CoreMark/MHz. They are ideal for a wide range of home automation, consumer, metering, and industrial applications. All devices include intelligent and flexible peripherals, Event System for inter-peripheral signaling, and support for capacitive touch button, slider, and wheel user interfaces.

The following microcontrollers (TQFP-32 package) can be used with this development board:

All microcontrollers have the following features:

If a sketch with CDC support is installed on the board, the bootloader is activated automatically when a sketch is uploaded via the Arduino IDE. Otherwise you have to enter the bootloader manually before uploading. This can be done either by pressing the RESET button twice in quick succession or by pressing and holding the RESET button while connecting the board to the USB port of your PC. The activated bootloader mode can be recognized by the fading of the built-in LED.

With the uf2 bootloader (SAMD21E18A only) the board also appears in the file manager as a USB mass storage device. A compiled sketch can therefore also be transferred to the board by drag and drop.

If you want to install a bootloader without the Arduino IDE, refer to the readme.txt inside the bootloader folder. 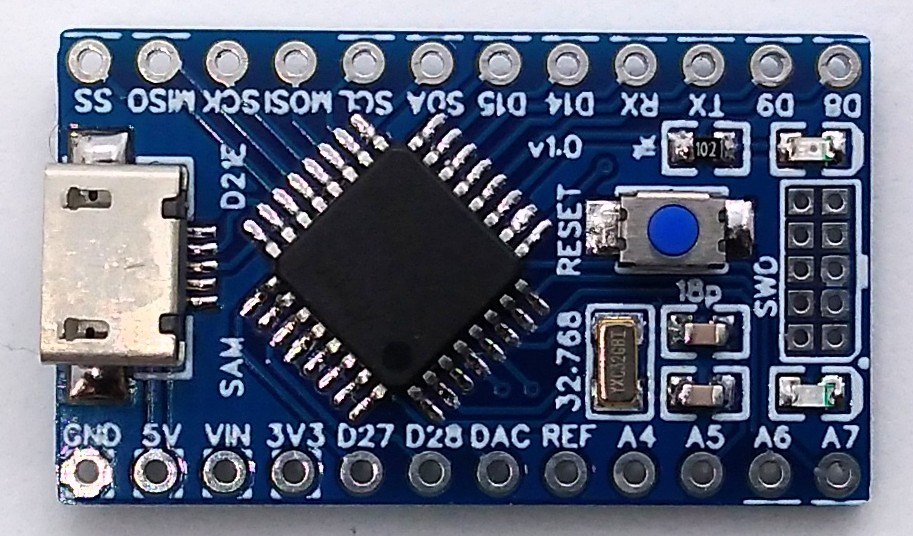 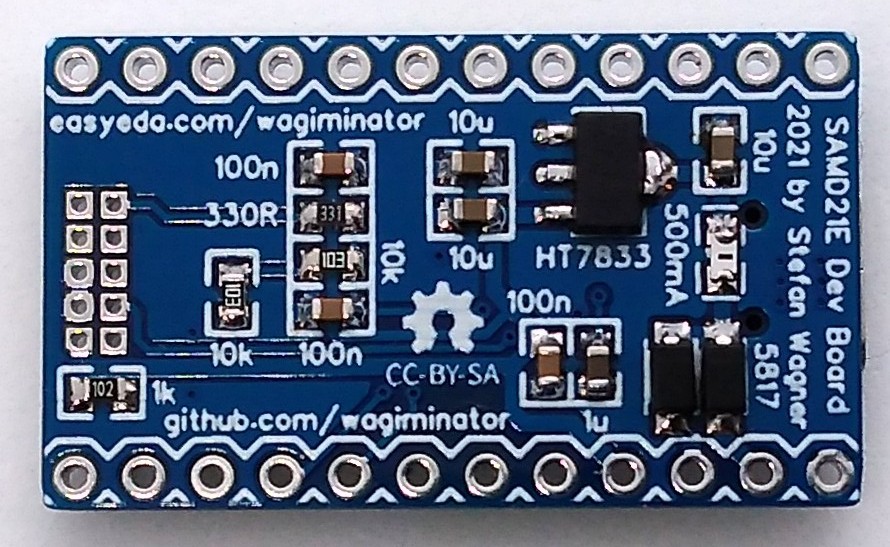