NeoCandle is a simple tea light candle simulation based on ATtiny25/45/85 using 5mm NeoPixels (WS2812), LDR light sensor (GL5528) and IR remote receiver (TSOP4838). It can be controlled by an IR remote control with two buttons and has a timer mode for automatic shutdown after a set time as well as an LDR mode in which the candle is automatically switched on and off depending on the intensity of the ambient light. 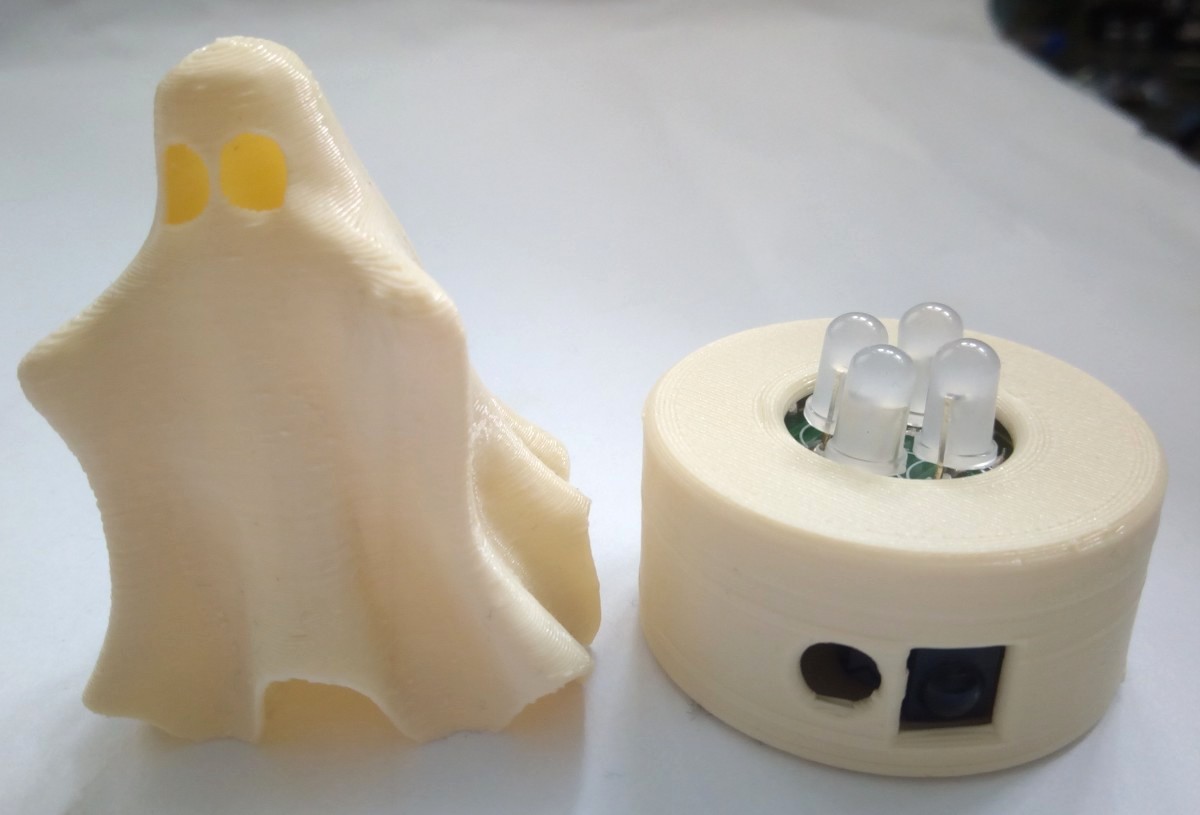 The simulation code is based on the great work of Mark Sherman. With most LED candles, the random flickering is rather silly and lacks the spooky element of candlelight: shadows cast by the candle move because the flame is in motion. With NeoCandle, four NeoPixels are arranged in a square, the intensity of the four LEDs forms a "center" of light balance that can be moved around smoothly.

This 'physics-based' candlelight has the following properties:

The control of NeoPixels with 8-bit microcontrollers is usually done with software bit-banging. However, this is particularly difficult at low clock rates due to the relatively high data rate of the protocol and the strict timing requirements. The essential protocol parameters for controlling the WS2812 NeoPixels (or similar 800kHz addressable LEDs) can be found in the datasheet.

Fortunately, the timing is nowhere near as strict as the data sheet suggests. The following timing rules can be derived from the excellent articles by Josh Levine and Tim and should work with all 800kHz addressable LEDs:

Apart from T0H, the maximum values can be even higher, depending on when the NeoPixels actually latch the sent data (with some types only after 280µs!). This also makes it possible to work without a buffer and thus without the use of SRAM. The software essentially only has to ensure that T0H is a maximum of 500ns and T1H is at least 625ns, so that the pixels can reliably differentiate "0" from "1" and that the time between sending two bytes is less than the latch time. Assuming that the microcontroller runs with a clock frequency of 8 MHz, the following simple bit-banging function for the transmission of a data byte to the NeoPixels string was implemented:

When compiled, the function for bit-banging a data byte requires only 18 bytes of flash. The resulting timing values are shown in the following table:

This results in a transfer rate of 762 kbps, at least for a single data byte. The implementation can certainly still be optimized in terms of speed, but this is already close to the maximum and more than sufficient for controlling only four NeoPixels. Remember that interrupts should be disabled during transmission, otherwise the timing requirements cannot be met.

There are three data bytes for each NeoPixel. These are transmitted in the order green, red and blue (this can be different for other types of NeoPixels) with the most significant bit first. The data for the NeoPixel, which is closest to the microcontroller, is output first, then for the next up to the outermost pixel. So this doesn't work like an ordinary shift register! After all color data have been sent, the data line must be kept LOW for at least 9 to 280 µs (depending on the type of NeoPixel) so that the transferred data is latched and the new colors are displayed.

The implementation of the candle simulation requires random numbers for a realistic flickering of the candle. However, the usual libraries for generating random numbers require a relatively large amount of memory. Fortunately, Łukasz Podkalicki has developed a lightweight random number generator based on Galois linear feedback shift register for the ATtiny13A, which is also used here, slightly adapted. When compiled, this function only requires 86 bytes of flash.

The IR receiver implementation is based on TinyDecoder and requires 234 bytes of flash. Only the NEC protocol is supported, but this is used by almost all cheap IR remote controls. Alternatively, you can build such a remote control yourself with TinyRemote.

The IR NEC decoding function utilizes timer1 to measure the burst and pause lengths of the signal. The timer is automatically started and stopped or reset by the IR receiver via a pin change interrupt. The measured lengths are interpreted according to the NEC protocol and the transmitted code is calculated accordingly. The program was tested with the TSOP4838, but it should also work with other 38kHz IR receivers (note different pinout if necessary).

The Extended NEC protocol uses 16-bit addresses. Instead of sending an 8-bit address and its logically inverse, first the low byte and then the high byte of the address is transmitted. For a more detailed explanation on the NEC protocol refer to TinyRemote. Don't forget to define the used IR codes in the sketch!

Open the NeoCandle Sketch and adjust the IR codes so that they match your remote control. Remember that only the NEC protocol is supported. If necessary, adjust the values for the LDR light sensor and the switch-off timer. 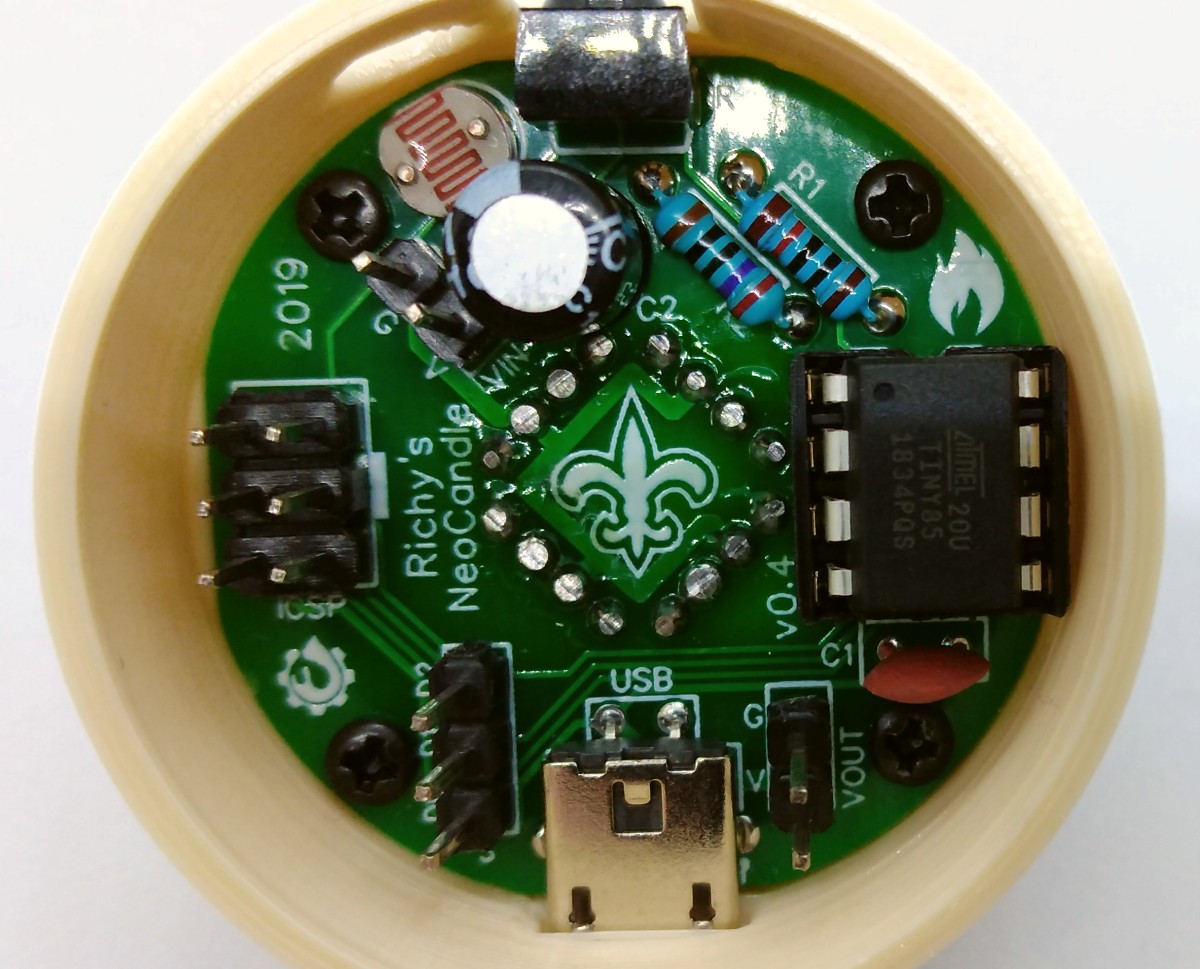 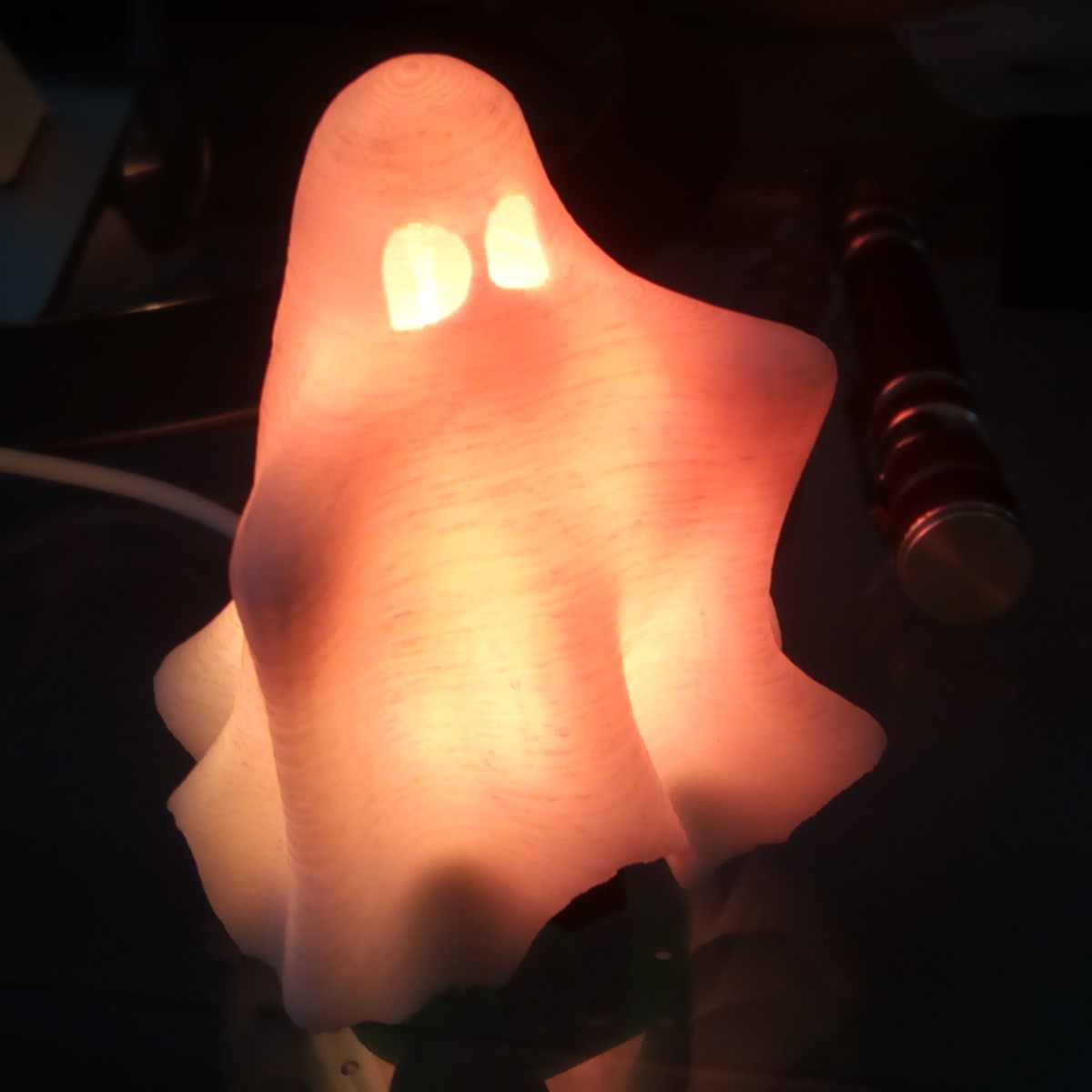 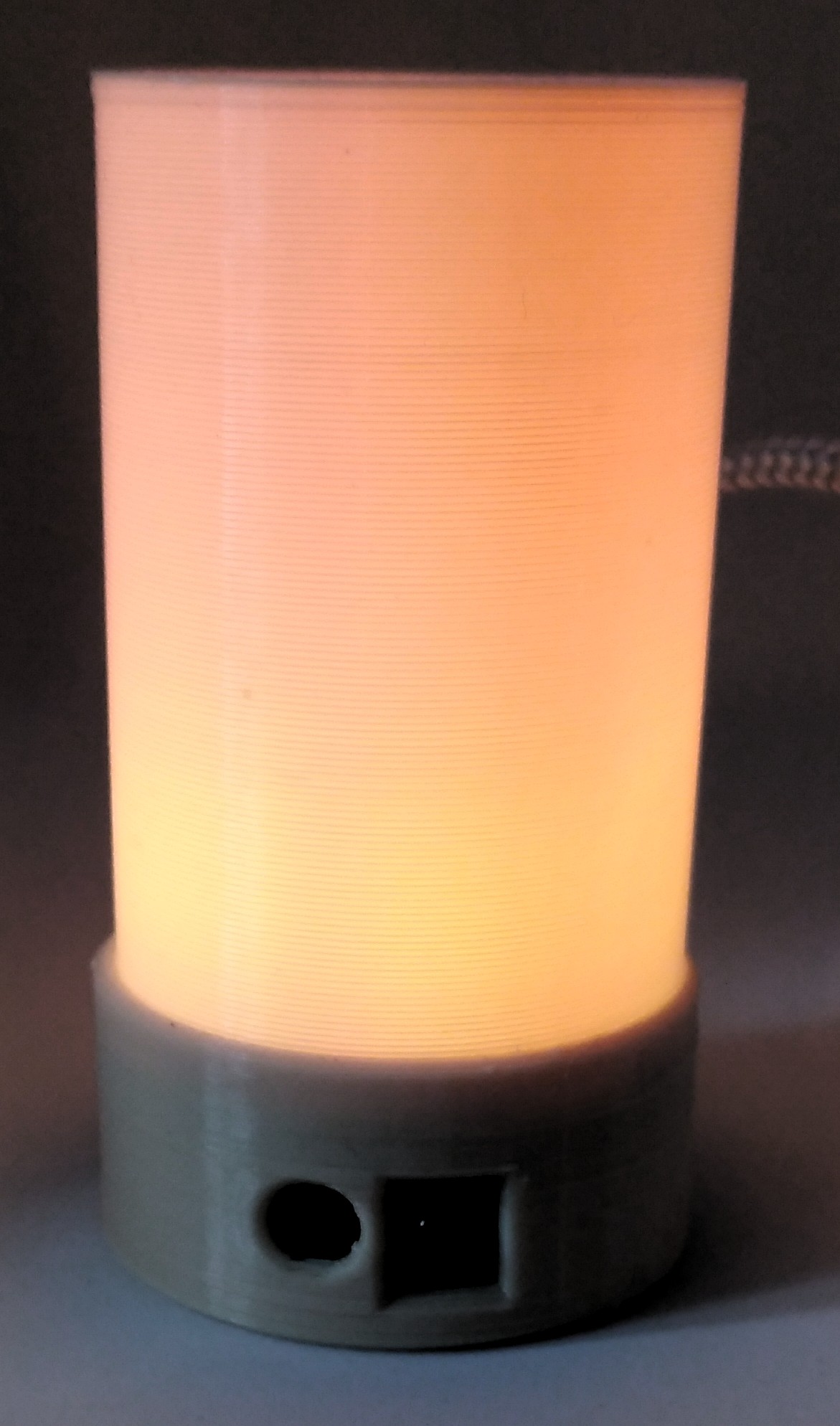