Recently Great Scott built his version of an automatic volume adjuster. In this project he solved one of the biggest problems with modern movies, which is that the conversation volume is way too low in comparison to the music volume. That is why he combined an Arduino microcontroller with a microphone and an IR LED in order to create his automatic volume adjuster. It basically detects when loud movie music starts playing, lowers the volume by sending the respective IR remote control command and then brings the volume back up when the music is over.

Since using an Arduino for this task is a bit of an overkill, here's a version for the ATtiny13A. 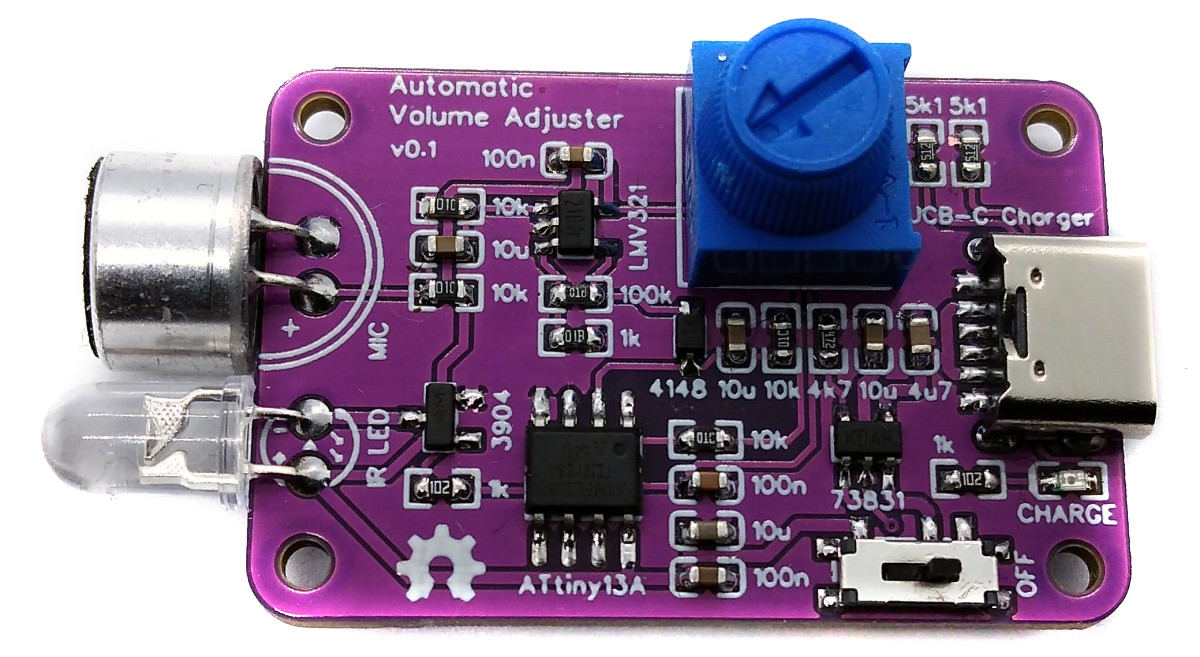 The positive half-wave of the weak audio signal from the electret microphone is first amplified by an inexpensive LMV321 rail-to-rail OpAmp. The following peak detector, consisting of a diode, a capacitor and a resistor, extracts only the maximum values from this signal, i.e. the amplitude or, in other words, the current volume of the audio signal. No more of the audio signal is required and the microcontroller's software is thus relieved. For a more detailed explanation of how the peak detector works, check out David Jones' excellent video. 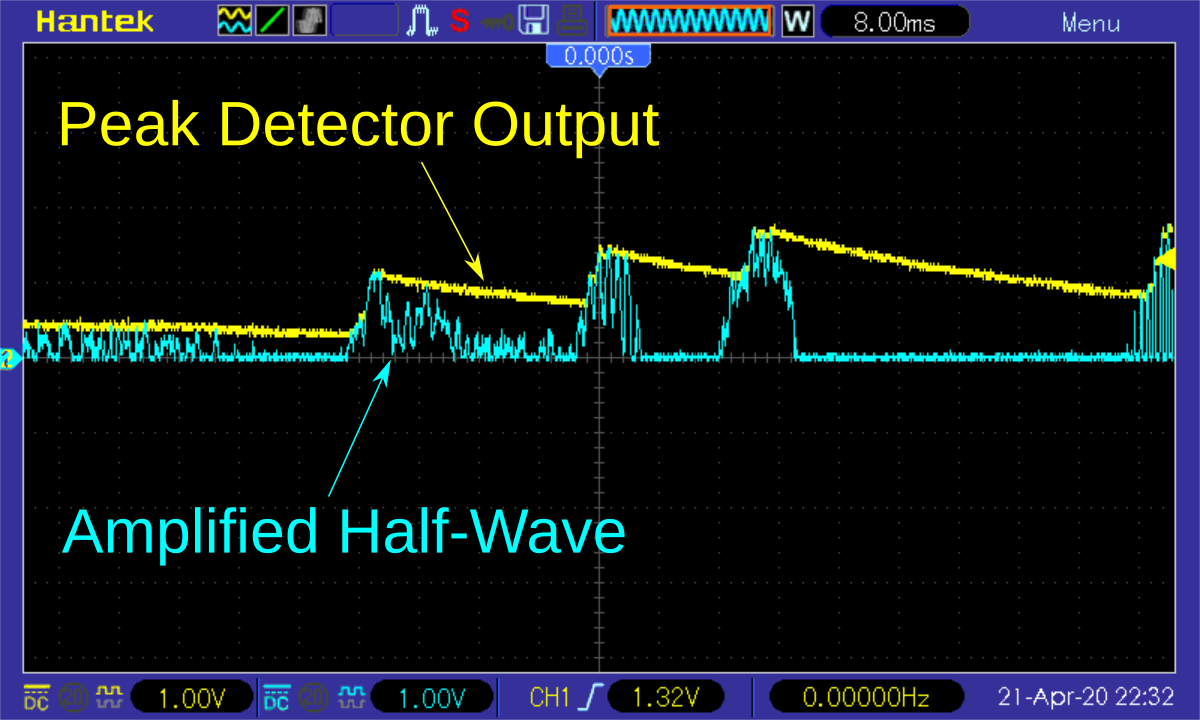 The IR LED is controlled by a standard BJT transistor. Due to the control with a high-frequency PWM, no series resistor is necessary for the LED.

For battery charging the MCP73831 is used. The MCP73831 is a highly advanced linear charge management controller for use in space-limited, cost-sensitive applications. It employs a constant-current/constant-voltage charge algorithm with selectable preconditioning and charge termination. The constant current value is set with one external resistor (R6). Charging is done via the built-in USB-C connector.

A hysteresis is defined at the beginning of the code so that the volume control does not oscillate. It defines the distance between too loud and too quiet. The higher the value, the less often the volume is adjusted.

The implementation for the NEC, SAMSUNG, SONY and RC-5 protocol is taken from TinyRemote. Refer to this project for a complete explanation.

Before compiling you have to define the IR commands for volume up and down. Different protocols and device addresses can be used. You can find the codes for your TV or other devices on the internet or by using an IR decoder.

The code shuts down unused peripherals and utilizes the sleep mode power down function. It is regularly woken up by the watchdog timer. As long as no IR telegram is sent, the device consumes an average current of around 750µA at a battery voltage of 3.7V. The power protocol shown below was created with a Power Profiler Kit II. As you can see, waking up from sleep by the watchdog timer about every 32ms causes current peaks of up to 1.8mA.

Sending a NEC telegram takes about 70ms and consumes an average of a little over 4mA with current peaks of up to 20mA during this time.

So the bottom line is that even a small 100mAh LiPo battery should have enough capacity for several movie nights. To reduce power consumption even further, the 10kΩ potentiometer can be replaced by a 100kΩ one.

The accuracy of the internal oscillator of the ATtiny13 is +/-10% with the factory calibration. Usually this is sufficient for an infrared remote control. Slight deviations in timing are tolerated by the receiver, since cheap remote controls are usually not more accurate. Nevertheless, it is recommended to manually calibrate the internal oscillator and set the corresponding OSCCAL value at the beginning of the code.

Since there is no ICSP header on the board, you have to program the ATtiny either before soldering using an SOP adapter, or after soldering using an EEPROM clip. The AVR Programmer Adapter can help with this. Don't forget to switch off or remove the battery when programming in-circuit!